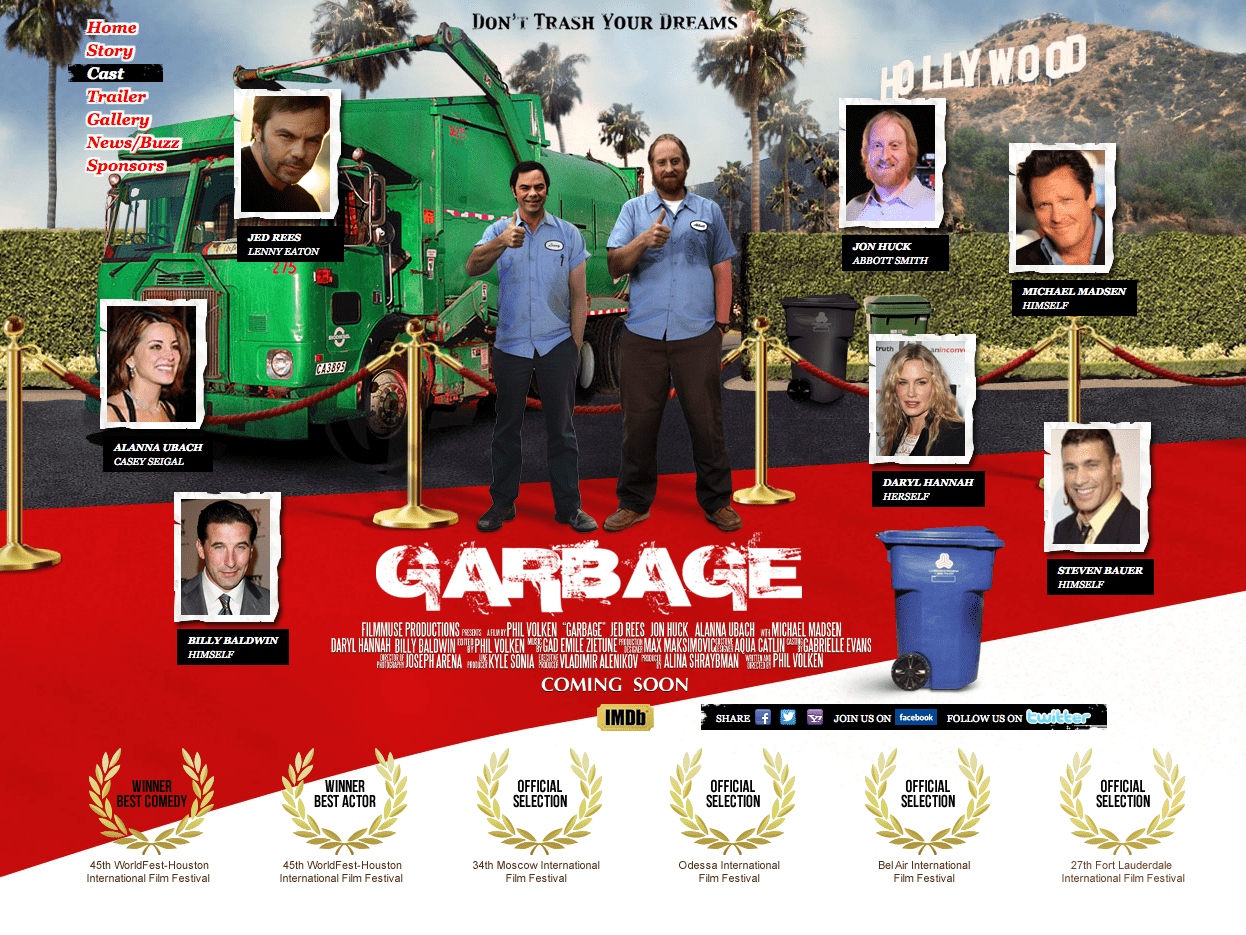 Six Sense not only releases cool EDM tracks but we also place them in movies. The latest one is a comedy directed by Phil Volken , starring Daryl Hannah, Michael Madsen, Steven Bauer, William Baldwin, Jed Rees and Jon Huck.

Hit Dat House our Electro House track just got picked up for a funny scene in the movie Garbage – a story of two best friends and garbage truck drivers servicing Hollywood.  They become celebrities overnight after finding a Cuba Gooding Jr.’s Best Supporting Actor Oscar for “Jerry Maguire” and suddenly their lives go topsy-turvy.  This looks like it’s going to be a ridiculously clever comedy and we are happy to be contributing to all the success it’s having in the festivals!