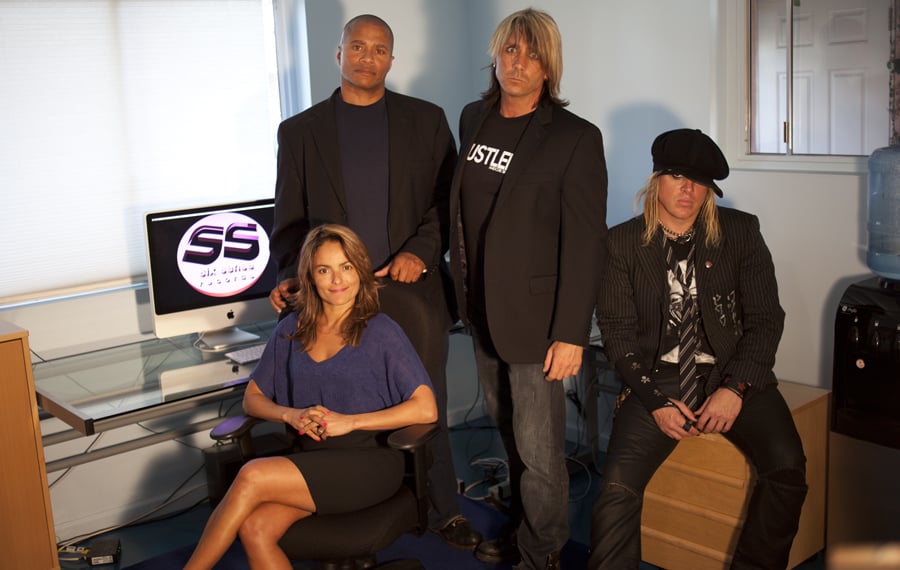 “The Raveolution” stopped into the Six Sense office for a meeting about their upcoming release Disobey.  The video for Disobey premiered on YouTube July Fourth, 2012 Independent’s day (pun intended) and the hit single will bang onto Beatport, iTunes and all other online shops on July 18th.

The single will include 4 Electro mixes of this essential tune  – the Radio (which was used for the video) A Radio Dub (with no lead vocal), an Extended Club version and the Extended Dub.  Skyko has already been tearing the roof off with the Extended Mix, so expect this one dropped hard this summer!

Pictured L-R – Lucy Macedo and Mercy Santos from SS Records, Skyko and KC of “The Raveolution”.